As an executor, you're tasked with distributing estate assets - one of which will be automobiles. Here is how you transfer the car title of the deceased in California. 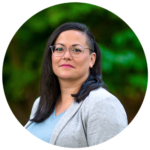 When a loved one passes away, the named executor or administrator will be responsible for seeing through of the wishes of the deceased following their will. One of which may include transferring the title to the beneficiary, or selling it.

In California, there are specific steps that must be taken in order to legally transfer a car title after someone has died. Here is an overview of what you need to know.

Transferring a vehicle title within probate

Assuming that you have already filed a formal probate application for the estate of the deceased, you will find transferring ownership of one or more automobiles to be an easy process. Just as you would with other probate assets, you will be required by the court to formally transfer automobiles to the person designated in the deceased’s Will.

California’s DMV (Department of Motor Vehicles) does not have a form for transferring a vehicle within probate. To ensure simplicity in this process, the personal representative signs the title paper (pink slip) by signing the deceased’s name, followed by his/her actual name, and “Executor”.

By giving a copy of the Letters Testamentary to the buyer, the new owner will be able to register the vehicle with the DMV. Monies exchanged should be deposited into the estate’s bank account. It is also a good idea for the new vehicle owner to have a copy of the decedent’s death certificate, as this may be requested by the DMV staff member handling the transfer.

DMV will also require that the personal representative submit the California driver’s license of the decedent, even if it has expired.

The buyer will need to provide these documents to the DMV:

How to transfer a vehicle title without probate

With the transfer of a personal vehicle after death of the owner being most common without probate in the State of California, the DMV provides a form that makes it quite simple to accomplish. Named the ‘Affidavit for Transfer Without Probate’, you can find a link to the form here.

The uncomplicated REG 5 form will transfer the vehicle in question from the estate of the deceased to a relative, or specified beneficiary in the Will. The new owner can then decide whether to keep the vehicle, sell it, or perhaps trade it for something different.

The REG 5 is to be completed by one of the following:

In order for a vehicle to be transferred to a new owner without probate, it must be titled in California. If this is not the case, the vehicle’s transfer must be handled by the appropriate officials in the state where the title is held. I

t’s important to note that states may not have the same vehicle transfer requirements as in the decedent’s home state.

There are some other stipulations for an out of probate vehicle transfer.

Forty days must have passed since the vehicle owner’s passing. If the vehicle was owned by two or more decedents, i.e., a husband and wife who have both died, original or certified copies of BOTH death certificates, and a completed REG 5 form for the most recent decedent, must be submitted.

Lastly, if the vehicle was owned by two or more persons, but only one of the two is deceased, the REG 5 form may not be used to bypass the interest in the vehicle by the surviving owner.

If the surviving owner is an heir and wishes to release his or her interest in the vehicle, the REG 5 form may be used for this purpose. The title must then be signed twice. First, by the surviving owner, and secondly, by the Executor on behalf of the deceased.

Transferring a vehicle title as a trustee

By setting up a trust, property, and assets of an individual, couple, or sometimes a family are committed to the safekeeping of a trustee in the event of the incapacitation, or death, of one or more members.

Vehicle titles are easily transferred, however, without the necessity for probate administration, should the owner pass away. Despite the ease of such transfers, some people do still transfer ownership of their vehicle(s) into their trustee’s names.

Should an Executor come across this scenario, or if more than one trustee is named without the benefit of the designation “or”, or without a slash (/) between the names, each trustee must sign the title of the vehicle that is to be transferred.

Additionally, if the trustee signing is not named on the title, California requires the form REG 256 (Section G) be filed. This form attests to the DMV that he or she was appointed by the deceased as their trustee or is a successor trustee named by the previous trustor or retiring trustee.

Whether you are an executor, administrator or trustee of an estate - dealing with the death of a loved one is hard. The process of settling their estate can make grieving even more difficult. If you need help with the probate process in California, we're here to help. Contact us today.

Sara is a designated TEP (Trust and Estate Practitioner) and MTI (Member Trust Institute) with 14 years of experience in the estate planning and settlement fields. Sara uses her extensive knowledge to provide thoughtful and compassionate guidance in an approachable manner.

Join the 10,000+ executors who have downloaded our free 12-step blueprint to probate

What are the probate examiners notes and how do I clear them?

Tasked with reviewing your probate documents, probate examiners create summaries of deficiencies in your probate case. Here's what you need to know about probate notes:

How long does probate take in California in 2022?

Probate can be an unnerving process. We’ve written up a quick summary of how long it typically takes in California.

How to obtain letters of administration in Florida