Rethinking the ‘5 Stages’ of Grief 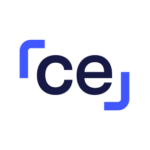 We at ClearEstate understand that grieving a lost loved one is an entirely unique experience for every person.

It may go against the current but the team’s on-the-ground observations and the latest science in mental health suggest that popular perceptions of the grieving process are in need of a reality check.

For most people, grief does not manifest itself in exactly five neat and orderly stages.

Fueled by pandemic-era interest in issues related to death and dying, a July 2021 episode of WNYC’s Radiolab podcast, “The Queen of Dying”, is an exploration by producer Rachael Cusick into the work of the late psychiatrist Dr. Elisabeth Kübler-Ross, and her important, often misunderstood legacy.

The story begins over half a century ago with the publication of On Death and Dying, Dr. Kübler-Ross’ seminal book that was inspired by conversations between her and her terminally-ill patients.

The critical misunderstanding about the five stages: Dr. Kübler-Ross’ writing involved observing how patients managed their own impending deaths, not how their loved ones managed grief.

It’s difficult to pinpoint where her story was taken in the wrong direction but virtually every adult should be prepared for this discussion, since so much of our grieving habits are derived from this misconception.

In her book, the renowned death expert first articulated the famous “five stages” as a learning device; imperfect as it may be, it is nonetheless effective in helping people understand the bigger picture as they come to terms with their mortality.

The five (unofficial) stages as one manages their own death are, of course: denial, anger, bargaining, depression and acceptance.

Dr. Kübler-Ross noted that these stages are not written in stone, nor are they always perfectly sequential in order. They often overlap, and are merely meant to raise awareness about the coping mechanisms our brains force us into at the end of life; at least for those who see it coming.

The Elisabeth Kübler-Ross Foundation devotes much of its work to preserving the doctor’s legacy.

“On Death and Dying was never a study of grief and bereavement,” reads a Foundation mission statement. “It was a discussion of some key emotional reactions to the experience of the dying. Yes, grief was a part of that experience, but it was not the totality of the experience.”

The legacy is defended especially vigorously: “Many of the ‘stages’ of the dying described in the book have been subsequently simplified and publicly caricatured beyond recognition.”

It is normal to seek structure when feeling emotionally overwhelmed. While no one can ever anticipate how they will be affected by loss, anyone in grief should first consider seeking support from a mental health professional.

But before you begin talking things out, remember that your grief will have no timeline. No one should ever feel obligated, to themselves or others, to just “get over it”, because the “it” is extremely difficult to understand and control. The “it” actually continues to evade even the most sophisticated neuroscience.

The truth is that the grieving process, like coming to terms with one’s own death, is never a series of prescribed steps. Some people are able to process what happened and feel a sense of peace within a few weeks, while others might take years to start feeling some semblance of normalcy. And that’s totally fine; putting pressure on yourself to “finish” grieving is only going to create more stress.

At the very least, talking to friends and family will help you articulate your feelings. Communicating what you’re going through is not a burden, and that includes knowing when to ask for help when you need it.

Finally, and most importantly, be kind to yourself.

If you don’t feel up to talking, then don’t talk just yet. If you need to take a day off, take a day off (Canadians are now entitled to ten days off work). Coping with grief will never be easy but knowing you have the tools and support to get through it is a first step toward healing.

If you need help with estate planning or settlement, reach out to us: hello@clearestate.com.

Patagonia leveraged a key trust initiative to realize tax breaks and, more importantly, use these advantages to further its vision.

How I Learned that Estate Planning is an Act of Love