Ingenuity and empathy are in the foreground as a sophisticated new platform helps grieving families save time, money and energy 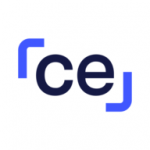 Our lives are scheduled, organized and digitized, often with superhuman precision. Yet there is the one final stage of life — death — which remains a taboo issue to manage, especially when a family in mourning must tackle the difficult task of settling their loved one’s estate.

In order to stay organized, and be a source of compassion and support during these most painful times, we must not be ruled by fear. Rather, it is important that we not only understand what it means to be an estate executor — someone appointed to manage the distribution of a person’s assets once they have passed away — but to have the right combination of experts and tools available to avoid, or at least mitigate, further anguish.

On average, an estate can take 16 months¹ to settle. It is also a significant financial burden for the estate, in addition to the burden of managing anxiety while grieving a loss.

“If you have the resources, there are always many professionals and almost as many new apps available to help,” said ClearEstate co-founder and Chief Product Officer Alexander Gauthier, a Montréal-based product and marketing leader with deep experience at prominent Canadian tech firms like Amilia and Acquisio. “But for the vast majority of people — as was the case with my mother's estate — there is literally no one and no support, apart from a flyer I received from my bank.”

It was the excruciating process of settling his late mother’s estate that helped Alexander outline the ClearEstate concept beginning in December 2019. He described the complexity of the process and the amount of work involved for North American estates as “shocking”, and in dire need of a rethink.

“The process was more antiquated than I could ever have imagined. I had to send faxes for the first time ever! I hadn't owned a cheque book since age 20 but had to get one for managing the estate,” Alexander recalled. “It was like I was being audited by the IRS or CRA every month for 18 months. We’d ask ourselves, ‘is this for real?’”

While estate planning in advance can mitigate cost, conflict and confusion in times of crisis, the probate process is far and away the most complex problem in the process to solve.

In partnership with Diagram Ventures, ClearEstate is forging partnerships in banking, insurance and other sectors to be the first to digitize estate settlement securely, affordably and with empathetic, human accompaniment throughout the process.

In contrast to estate planning platforms that have become ubiquitous during the pandemic, ClearEstate specifically supports those who are currently dealing with the death of a loved one, or expect to imminently; in particular, it supports the person appointed as estate executor, a role that carries with it important responsibilities. Sometimes, executors are fortunate enough to be able to plan their loved one’s end-of-life affairs in advance, but that is not the experience for most.

ClearEstate, therefore, caters to a majority of executors needing professional support in their time of greatest need. It is a space adjacent to estate planning — an increasingly hot topic given shifting demographics — but distinct and engineered to meet the needs of working and middle-class families.

Settling an estate requires the intervention of lawyers, accountants, trust services, and other professionals. The average cost of legal and accounting services alone is approximately $12,400¹ — a significant expense for most all estates. ClearEstate gives you all the support you need from certified professionals, but on an only-when-you-actually-need-them basis. It takes care of the immense amount of administrative paperwork these professionals will give you the option of doing yourself.

A Diverse and Innovative Team

ClearEstate’s CEO is a seasoned executive specializing in law, international affairs, operations, and mergers and acquisitions, with a unique skill set that has taken him around the world and back. Davide’s outlook reflects the increasingly borderless and cosmopolitan makeup of modern families.

As Alexander began designing the ClearEstate platform in early 2020 with Diagram Ventures, a search began for the startup’s founding CEO; experience in inter-jurisdictional law, finance and high-level management were prerequisites, as well as the ability to rally investors and juggle many institutional partners. The opportunity represented an interesting marriage of his interests in law, strategy and foreign affairs.

“ClearEstate needed a first CEO, and the rest is history. It’s been a perfect match!” Davide said. “This particular opportunity met all my criteria: Innovation, empathy and the ability to bring families together across many jurisdictions. What really sold me was Alex’s desire to solve the toughest problem in the process, not the easiest.”

With a Master's Degree in International Economic Law from the London School of Economics, Davide spent seven years in several high-profile roles with the Canadian Department of Justice, including Senior Counsel. He is also a former guest lecturer at McGill University’s Desautels Faculty of Management, teaching strategy and innovation.

In 2013, Davide joined McKinsey & Co. and, three years later, co-founded the consultancy Juniper. It wasn’t long, however, before he was lured back to an international stage, appointed Vice-President of Strategy and Transformation for Cirque du Soleil, and oversaw operations across the US — New York City, Las Vegas, Chicago and elsewhere — later rising to Senior Vice-President.

And then, in early 2020, the pandemic hit and Davide quickly realized it was time for a new mission.

The Future of Estate Settlement

With a robust seed round of funding already behind it, ClearEstate will be expanding into the United States and beyond thanks to key partnerships with trusted providers of end-of-life services like California’s Anthem Partners. The platform will be accessible to most Canadians by the end of 2021 and to all Americans by early 2022.

In the meantime, ClearEstate is actively recruiting as an international team is built.

“My days are a little crazy,” mused Alexander, who as the co-founder of a startup wears many hats at ClearEstate. “I spend most of my mornings with the engineering team, but everyone reports to me including the UX team. I manage all our paralegals and the lawyers; I’m also doing sales and acting as chief marketing officer!”

It’s a dizzying list of responsibilities and benchmarks for both Alexander and Davide as they press forward into unchartered territory.

“When you break it down and remove the software engineering elements, it’s just empathy. We are trying to tactfully manage the grieving process with human support throughout,” explained Brisset, a Silicon Valley veteran and former Senior Vice-President with the San José-based TapClicks. “The stages of grieving can be a roller coaster of emotion but the one thing we can offer is consistency. The user interface is simple and without friction, with clear calls to action, no invasive pop-ups and designed to promote calmness.”

The ClearEstate team is keenly aware of the sensitive and personal nature of the product, but also of its power to ease suffering, allow for more healing time and even hopefully diffusing tension between relatives and friends.

“We’re all committed to the same goal,” Alexander added, “a next-generation service for estate execution, so that we can stop inflicting frustrating paperwork on families in mourning.”

For more information about partnering with ClearEstate, get in touch: partners@clearestate.com