Dying Without A Will In Ontario

If you die without a will, you’re considered to have died “intestate.” This situation takes the decision-making power away from you...

We don’t know if you’ve heard, but having a will is pretty important. It sets the foundation for a smooth and seamless transfer of assets from the estate of the deceased to the beneficiaries. However, a study from 2018 determined that over 50% of Canadians don’t have a will, which means that it’s probably not uncommon for people to pass away without leaving a will. What happens then?

If you die without a will, you’re considered to have died “intestate.” This situation takes the decision-making power away from you and your loved ones and into the hands of the state. In the case of an intestate death, Ontario's Succession Law Reform Act steps in and dictates how the estate is distributed.

There are specific guidelines to how assets will be distributed, and they are as follows: The first $200,000 is usually given to the deceased person's spouse unless someone who is financially dependent on the deceased person makes a claim, in which case lawyers get involved (which can quickly become expensive). This means that those heirloom rings you wanted to give to your granddaughter or that house you wanted to pass on to your nephew and his new family will not be distributed to them, since you don’t have a will explicitly stating those wishes.

Anything over $200,000 is shared between the spouse and any descendants (meaning children and grandchildren) according to specific rules.

If there’s no spouse, then things get a little more complicated. The inheritance is then passed down to the closest living relative. So if someone died unmarried and without children, then that person’s parents would receive the inheritance. If no parents are alive anymore, then the deceased’s siblings are next in line. If there are no siblings, then nieces and nephews would get their turn. This list goes on, descending into more and more distant blood relatives. This is an important distinction: Blood relatives do not include common-law spouses, best friends, or un-adopted stepchildren. That means that no matter what, they won’t be eligible to receive an inheritance. And if no relative can be found, then your entire estate goes to the Ontario government.

The good news is that it’s easier than ever to avoid this and set up a legally binding will. We’re here to help you set up a solid estate plan today, quickly, professionally, and efficiently. 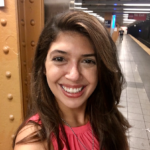 What are the Florida Will Witness Requirements?

The rules for being a witness to a will in Florida are not very complex, and the requirements have been eased due to the the COVID-19 pandemic.

For military members, proper estate planning needs to include specific military benefits. Read on to find out more.

Does New York have an inheritance tax or an estate tax?

Although New York has an estate tax, it does not have an inheritance tax. Read on to learn the difference between the two and what the estate tax in New York is.